In this interview, Dr. Darwin Perkins defines the power of Emotion Code and why it’s a missing key to success and happiness. Dr. Perkins claims that Emotion Code technique can heal trauma, physical ailments, or emotional pain quickly and painlessly. 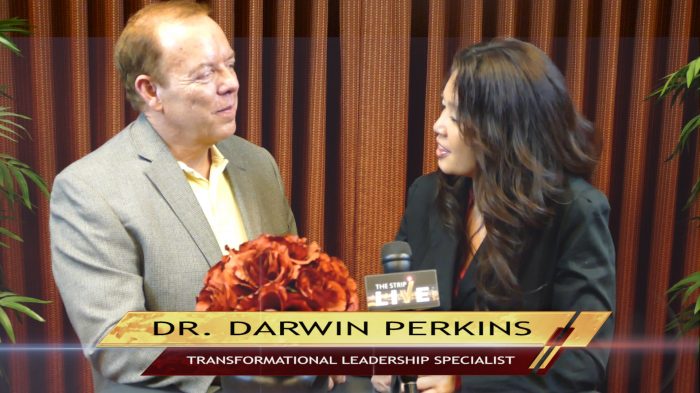 Dr. Karen Perkins and Dr. Darwin Perkins are Your Happily Ever After Experts.

Happy employees promote the company, make clients more satisfied, come up with better ideas and create profitability. Modern Leaders understand that. They set the tone for the company, create the corporate environment, and make it possible for that happiness to thrive. Their understanding of human potential, their clarity of self and their underlying faith in themselves and in others set the stage for successes never before imagined.

Dr. Darwin Perkins, with her wife, Dr. Karen Perkins are highly sought after business leaders and consultants in both the private and public sectors. For over 20 years, they have counseled and taught organizations, groups, and individuals, giving them the keys to personal and organizational growth and by recognizing and fulfilling each person’s own immeasurable potential.

Using Dr. Karen Perkins’ latest book, Emotional Power, the Doctors present one to two day seminars and week long retreats that focus on incorporating making your emotions work for you, being clear with yourself, promoting positive relationships, then communicating powerfully to gain alignment with your direction and plans.

Maria Ngo and Ray DuGray are the happily married hosts and executive producers of a celebrity talk show based in Las Vegas called THE STRIP LIVE, founders of VegasNET Media LLC and creators of VegasNETmedia.com and VipNETmedia.com where they feature interviews with some of the world’s most successful and influential people.

Maria and Ray's passion and expertise is in the field of CELEBRITY POSITIONING. Specifically, using proven strategies to position authors, speakers, trainers, coaches, consultants, marketers, service professionals, entertainers and entrepreneurs as leading authorities and credible experts in their industry.

Learn more about working directly with Maria and Ray at VIPshowcase.com and AuthorityShowcase.com. You may also watch their live and on-demand webinars and webcasts at VIPmasterCAST.com.

THE STRIP LIVE (and MASTERCAST LIVE)

Based in Las Vegas, THE STRIP LIVE is a positive, unconventional celebrity talk show broadcasting globally on VegasNET TV (including 10 niche OTT channels) along with dozens of online distribution partner sites and social media networks.

Their spin-off show (MASTERCAST LIVE) serves a global audience of "success seekers" and showcases some of the world's most successful and influential people.

Join Maria Ngo and Ray DuGray on the red carpet, backstage, on stage, in studio, behind-the-scenes at live events, and on location having fun (whether in a helicopter, green room or aboard a high-speed roller-coaster).

Learn more about THE STRIP LIVE and watch celebrity interviews online at TheStripLive.com and MASTERCAST LIVE at MasterCastLive.com.

A Las Vegas based media company and home of THE STRIP LIVE celebrity talk show and it's spin-off show MASTERCAST LIVE broadcasting globally live and on-demand 24/7 on VegasNET TV and VipNET TV along with online distribution partner sites.