DAVE AUSTIN SHOWCASED ON THE STRIP LIVE FOR VEGASNET TV

In this interview, Dave Austin discusses his very colorful professional background that led him to write his latest international best-selling book ‘Be a Beast’. In it Dave teaches success seekers how to unleash their animal instincts to achieve performance driven results. 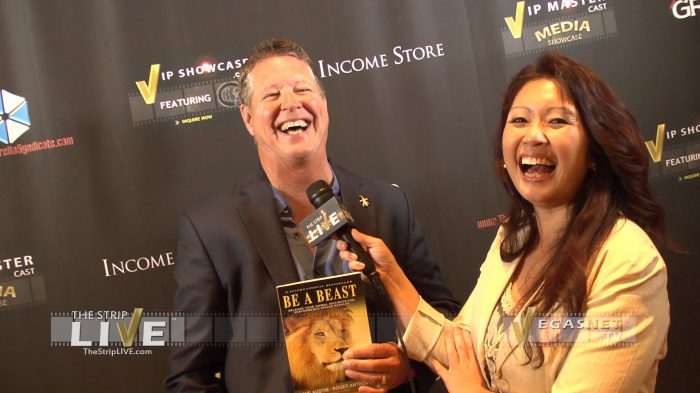 DAVE AUSTIN brings out the best in his clients, many of which are the elite and professional athletes you watch on TV everyday. He is a highly sought after “mental performance coach” who has worked not only at the professional sports level, but also at every other level along the way. From “little league to the big leagues” – from youth sports, to high school, and all the way through to the college level and above.

Being a former professional athlete and world-ranked tennis player himself, he knows how to fuel the fire during competition. He is a multi-sport athlete having played football and baseball at the high school and college level, and who also surfed in the Makaha International Championship in Hawaii when he was just 15.

These principles not only work on the field, but also go “from the locker room to the boardroom,” as his work translates exceptionally well for companies, entrepreneurs, and sales teams. His methods are focused and productive, and his results speak for themselves.